Sometimes When I’m Alone, I Search Inside Myself (Part I) 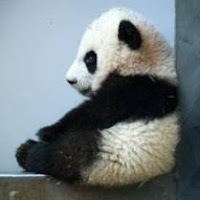 (For the story on what motivated us to create Search Inside Yourself, see this post: “Three Easy Steps to World Peace“)

Search Inside Yourself (SIY) is Google’s homegrown Emotional Intelligence (EI) curriculum.  It was created in Google with the Center for Contemplative Mind in Society, and further refined with help from Stanford University.  Dr Daniel Goleman was our advisor.  We intended for it to be an effective EI curriculum for adults (perhaps the first of its kind in the world) that can be applied in the workplace and that is helpful both to increasing businesses profits and to people achieving more success in their careers.

Given that I had a reputation as a supposedly good engineer, I’d love to tell you that we had a strategic, carefully thought-out curriculum design process that decided on design principles first, followed by proper structure and format, and then content creation, eventually resulting in a flawless curriculum the first time it was released.  But no, it didn’t happen that way.  We unconsciously followed Google’s “launch and iterate” model, which meant first forming a team with the best and most qualified people you know, hammering together things that are most likely to work, launching it as “beta” to a bunch of innocent bystanders, figuring out retroactively what worked and what didn’t work, and then rinse and repeat.  This process is especially effective for doing anything cutting-edge where there is no way for you to know in advance what will certainly work and what won’t.

Out of this process, 3 “design principles” of SIY emerged retroactively.  Actually, everybody already had these principles in mind right from the beginning, but they were never stated formally until a few iterations later, and the iterative process itself helped us gain clarity and conviction in the principles.

The 3 principles behind SIY are:
1. Emotional skills are trainable
2. EI training starts with attention training
3. Work with emotions in the body

When people come to a course that advertises itself as an “Emotional Intelligence course”, most people expect it to be a behavioral course.  People expect to come to class to be told how to play nice, share the candy and not bite their co-workers.

We decided on an entirely different approach.  We begin with the assumption that Emotional Intelligence is a collection of emotional skills, and like all skills, emotional skills are trainable.  So we set out to create a course to train emotional abilities, and we feel that if we develop abilities, all behavioral issues go away.  For example, if a person can acquire the ability to overcome anger, then all behavioral issues involving anger go away.

Examples of skills we explore in SIY are:
– Responding to triggers.
– Conducting difficult conversations.
– Maintaining confidence during stress.

We began with the assumption that EI is trainable.  But how do we begin training?  We begin by training attention.  This may seem a little counter-intuitive at first.  I mean, what does attention have to do with emotional skills?

An example of how attention relates to Self-Awareness:  Self-Awareness depends on being able to see ourselves objectively, and that requires the ability to examine our thoughts and emotions from a a third-person perspective.  Not getting swept up in the emotion, not identifying with it, but just seeing it clearly and objectively.  And this requires a stable, non-judging attention.

An example of how attention relates to Self-Regulation:  There is an ability called “response flexibility”, which is a fancy name for the ability to pause before you act.  You experience a strong emotional stimulus, but instead of reacting immediately as you normally would (like slapping the CEO, for example), you pause for a split-second, and that pause gives you choice in how you want to react in that emotional situation.  That ability depends again on having a quality of attention that is unwavering and unimpeded at the same time.

How do you train this quality of attention?  The training method we use is something known as “Mindfulness Meditation”.  “Mindfulness” is defined by Jon Kabat-Zinn as, “paying attention, in a particular way, on purpose, in the present moment, non-judgmentally”.  (Thich Nhat Hanh defined Mindfulness very poetically as “keeping one’s consciousness alive to the present reality”, which we really like, but we found Jon’s definition easier to explain to the engineers).  Mindfulness is a quality of mind that we all experience and enjoy from time to time, but it is something that can be greatly strengthened with practice, and once it becomes suffuciently strong, it leads directly to the attentional calmness and clarity that forms the basis of EI development.

(There is strong scientific evidence that meditation changes the emotional brain, including the ability to lower activition in the amygdala in response to a negative stimulus.  A topic for a future blog post).

3. Work with emotions in the body

Once we develop strong, stable and perceptive attention, what do we do with it to develop Emotional Intelligence?  Well, use it on the body, of course.  This again seems a little counter-intuitive.  Why do we want to do that?

The first answer is, “Because we can”.  Every emotion has a correlate in the body.  For example, some of us experience anger as a contraction of the chest, or a change in the pattern of breathing, or a tightening of the neck and shoulders and so on.  Every emotional experience is also a physiological experience.  More importantly, we can experience emotions more vividly in the body than in the mind.  Therefore, when we are trying to perceive an emotion, you usually get more bang for the buck if you bring your attention to the body rather than to the mind.

The more important reason to bring the attention to the body is that it affords us a high-resolution awareness of emotions.  What does “high-resolution awareness” mean?  In answering that question, let’s ponder on an interesting question, “Are you able to detect anger the moment it is arising?”.  This is an important question, because we may not be able to prevent anger from arising, and once it’s in full bloom, we are usually unable to turn it off, but we can usually turn it off at its moment of arising, when it’s small enough to be managable.  That is our window of opportunity.  Doing that, of course, depends on being able to detect that moment of arising.  That’s what I mean by “high-resolution awareness”, when your awareness is so sensitive across both time and space that you can watch an emotion as it arises or falls.  Can we do that?

Yes, we can.  And the way to do it is to apply powerful attention onto the body.  Using anger as the example again, you may be able to train yourself to observe your mind all the time and then catch anger as it arises in the mind.  However, in our experience, it is far easier and more effective to do it in the body.  For example, if your bodily correlate to anger is tightening of your chest, shallowing of your breath and tightening of your forehead, then when you’re in an awkward social situation, the moment your chest tightens, breath shallows and forehead tenses up, you know you’re at the moment of arising of anger, and that knowledge gives you the ability to respond in ways of your own choosing (eg, leaving the room before you do something you know you’ll regret, or choosing to allow the anger to bloom if that’s the right response for the situation).

Another important reason to work with the body is that it may help the development of empathy.  It is already known that the part of the brain known as the insula is related to the ability to experience and recognize bodily sensations.  People with very active insula, for example, are able to become aware of their own heartbeats.  There is also evidence that people with active insula tend to also have high empathy, which seems to make sense since the neural equipment we use to monitor our own feelings can also be used to monitor other people’s feelings.  Finally, there is evidence that people who spend a lot of time paying meditative attention to their own bodies also strengthen their insula.  From our experience, we know that doing a lot of Mindfulness meditation on the body strengthens our ability to recognize bodily sensations.  We now have evidence to believe that it can strengthen empathy.

Last but not least, a good and useful reason to develop a high-resolution awareness of the body is to strengthen our intuition.  A lot of our intuition can come from the body, and learning to listen to it can be very fruitful.  Here’s an interesting quote from Malcolm Gladwell’s book, Blink (also available athttp://www.gladwell.com/blink/blink_excerpt1.html)

In front of you, are four decks of cards–two red and two blue.  [….] What you don’t know at the beginning, however, is that the red decks are a minefield. [….]  You can really only win by taking cards from the blue decks [….]. The question is: how long will it take you to figure this out?

A group of scientists at the University of Iowa did this experiment a few years ago, and what they found is that after we’ve turned over about fifty cards, most of us start to develop a hunch about what’s going on. We don’t know why we prefer the blue decks. But we’re pretty sure, at that point, that they are a better bet. After turning over about eighty cards, most of us have figured the game out, and can explain exactly why the first two decks are such a bad idea. This much is straightforward. We have some experiences. We think them through. We develop a theory, and then finally we put two and two together. That’s the way learning works. But the Iowa scientists did something else, and this is where the strange part of the experiment begins. They hooked each gambler up to a polygraph–a lie detector machine–that measured the activity of the sweat glands that all of us have below the skin in the palms of our hands. Most sweat glands respond to temperature. But those in our palms open up in response to stress–which is why we get clammy hands when we are nervous. What the Iowa scientists found is that gamblers started generating stress responses to red decks by the tenth card, forty cards before they were able to say that they had a hunch about what was wrong with those two decks. More importantly, right around the time their palms started sweating, their behavior began to change as well. They started favoring the good decks, and taking fewer and fewer cards from A and B. In other words, the gamblers figured the game out before they figured the game out: they began making the necessary adjustments long before they were consciously aware of what adjustments they were supposed to be making.

It is important to note that in developing our Emotional Intelligence, we are not suppressing our emotions.  In a class I taught recently, one woman raised a very important question.  She wanted to confirm that when we talk about “turning off anger”, for example, we were not actually talking about suppressing anger.  The analogy she used is a fire alarm.  Anger is like a fire alarm, it is unpleasant, but it yields useful data and suppressing it may create unintended consequences.  I think she is right.  Using her analogy, I would say that SIY is not shutting down the fire alarm.  In fact, in SIY, we actually learn to hear the alarm better, AND at the same time, we develop the ability to not be under its control AND we create the choice to turn off unnecessary alarms (eg, false alarms) anytime we want.  Our emotional development begins with more awareness, not less.

In Part II, I will talk about how we actually structure SIY and what we put into it.

Meng lies about his book