Meng lies about his book 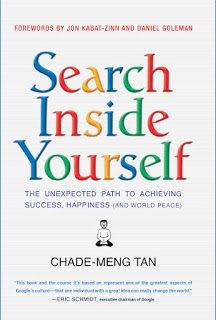 Back in April, I told you that the release date of the paperback edition of my book has been postponed to 5 November 2013 (see post).  Well, my editor Gideon has just informed me that information has now become a lie: the release date has now been moved to 2 September 2014.  The reason continues to be strong sales.  Today, for example, the Amazon Best Sellers Rank of the hardcover is an amazing #496.  Because sales for the hardcover has been so strong, HarperCollins decided to move the paperback release date even later than originally planned.

I asked Gideon to make a funny comment about this so I don’t have to funnify what he says, but he responded, “I fear being funny is best left to the Buddhists.”  Good thing I’m a Buddhist, or there will be nobody around here to make the jokes, dammit.

But seriously, my friends, I couldn’t have gotten this far without readers like you.  Thank you.

Search Inside Yourself: The Google talk