I vacationed in the Caribbean and Miami for the first time in Dec 2009.  Here are some random thoughts.

– In Tortola, I saw for the first time a real chicken crossing a road.  I wondered why.

– I set up a webcam at home to keep an eye on our backyard chickens.  The best part about doing that is being able to tell my wife daily, “Honey, I’m going to check on chicks on the Internet”.  (Not my original joke.  My friend, Simon, had naked newly-hatched chickens, so he pointed a webcam at them and gave the world nakedchicksontheinternet.com ).

– I was amazed how well alligators can stay perfectly still in a pose for an extended period of time.  If meditation was about staying physically still, alligators will attain Nirvana before any of us.

– My impression of Miami Beach:  It’s not a city with a beach, it’s a beach with its own city.

– In Tortola, we experienced our first content-free guided city tour.  It was weird.  The tour guide went like, “On your left is a gas station, followed by a tour agency, on your right is a grocery store, and a hardware store for all your hardware needs ….”.  It was funny for the first 2 minutes, but it just went on and on for the entire 3-hour tour.  “Coming up on your right is another gas station, and on your left is a post office and a construction company …”.  Wow.   Some nice people tried to tease useful content out of him, but to no avail.  My wife, for example, asked him what the average income of islanders was, and the guy said, “It depends, some people earn more, some people earn less.  For example, doctors and lawyers earn more, you know”.   That was his full answer.  Freedom from content, my countryman, freedom!

– The most boring “tourist attraction” I have ever visited was the Bacardi Museum at San Juan, Puerto Rico.  The entire 1-hour-plus “experience” was little more than the telling of a fairly boring family story about how some guy and his kids made a fortune making rum.  “Here’s Don Facundo, he made Bacardi rum, and here’s his first son, Emilio, who later became the company boss.  Here’s his second son, Facundo, who planted a palm tree.  And here’s his other son who did this or that at the company, and oh, here’s the son-in-law who did something or other ……”.  And the story was told at least twice, maybe more, I don’t know, I sort of blanked out after the second telling.  It was a 5-minute tale tightly compacted into 45 minutes for your convenient enjoyment.  And we didn’t even get a factory tour to see how they made rum.  It gets worse.  When we arrived at the museum, we had to wait 45 minutes for our tour to start.  It was like visiting the most boring distant relative you didn’t even know you had who kept telling the same story about his rum and his sons over and over again, and making you sit and wait before telling you that story.  We paid $39 a head for a city tour, which includes this museum tour and a bus ride around San Juan with only a single stop.

– Our city tour with Safari Tours Miami was very disappointing.  We spent an hour sitting in the bus just picking up other tourists from their hotels (chaotic, of course), and worse, the “city tour” just made a single stop (at Little Havana).  Just one stop.  Basically, a $39/head bus ride with not a lot to see. 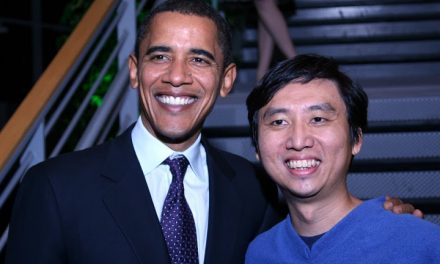 Funny Thought: How I knew I was famous

Funny Thought: Getting a Tan