Stepping down from the SIYLI board

Regrettably, despite years of daily practice, I find my behavior to still have some serious flaws.  One of those flaws is that some years ago, I spoke and acted with some people in ways that I viewed as socially acceptable, but now realize were disrespectful and hurtful.  Recently, colleagues on the SIYLI Board let me know that my past disrespectful and inappropriate behavior had caused some people significant hurt. I had a lifelong goal of reducing, even eliminating suffering in the world, yet here I find myself, on the giving end of suffering.  I am saddened by this and will reflect deeply on it.

SIYLI is a mindful and compassionate organization.  Its leaders should be held to the highest standards.  Having seen that I’ve caused hurt so unconsciously, I find myself undeserving of upholding those standards.  The SIYLI board has asked me to step down, and I support their decision.

To all I have caused hurt in the past in any way, and to those I have let down, I ask sincerely for your forgiveness.

To the SIYLI crew and board, thank you for your amazing work.  I hope someday to be worthy of having served alongside you.

In the future, I hope to deepen my practice to a degree that allows me to serve in a capacity deserving of all the kindness that so many people have given me.

Shelling oysters no more, thanks to you 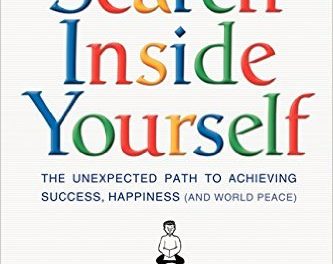 Business Insider: I just spent a day in a mindfulness program developed at Google and left with 5 key lessons